INVAS Biosecurity’s mission is to provide the first line of defence against the pervasive threat to our ecosystem caused by the on-going introduction and spread of damaging invasive species.

INVAS Biosecurity is a dynamic Irish company that specialises in the control of Invasive Species on land and in water. The increasing rate of introduction of non-native invasive weeds, insects, fish and animals to the island of Ireland has necessitated the expansion of our company, to both understand and tackle the serious problems posed by these species.

The specialised weed control services offered by INVAS Biosecurity have evolved over 20 years and we offer this experience to a wide range of State and semi-State organisations, cross border bodies, Local Authorities, Angling Clubs, Amenity Managers, Consultants and the general public. To keep abreast of the pace of introduction and spread of new invasive species INVAS Biosecurity has found it necessary to expand and diversify its operations to include control and containment of invasive species.

Where requested, our environmental scientists can offer support to clients in the development and implementation of long-term control and management programmes to tackle these harmful and damaging invasive species.

Where invasive species have become established INVAS Biosecurity staff will accurately determine the extent of the problem and offer effective containment, control and/or eradication advice and service.

INVAS Biosecurity will also advise and support in respect of natural habitat restoration following successful control programs. This will provide a natural defence against reinfestation of the treated species.

INVAS Biosecurity has brought together a core group of scientists and experts in invasive species management that will give the best possible advice and service to its clients. 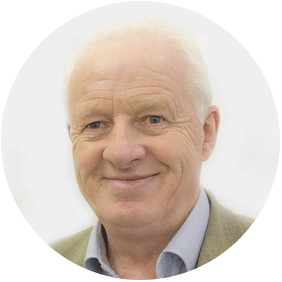 INVAS Biosecurity was founded by Tom Donovan in response to the threat that foreign invasive plant species pose to the Irish countryside, its biodiversity, and the Irish economy.

Tom has 30 years experience in landscape and vegetation/weed control. He brought Complete Weed Control to Ireland in 1995 and went on to co-found CHM Ltd., the largest infrastructure maintenance management company in Ireland, employing over 150 people.

While working with CHM he managed many multi-million pound contracts and has worked with most Public Authorities throughout the country. He has also worked with Inland Fisheries Ireland on Lough Corrib’s major invasive weed (Lagarosiphon major) cutting programme and with the NRA’s Ragwort control campaign.

In the course of his work Tom developed a special interest in Invasive and Aquatic weed control. 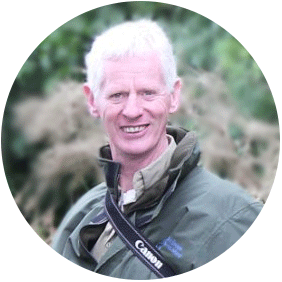 Joe Caffrey has a PhD from UCD in aquatic plant biology, ecology and management. He has worked with Inland Fisheries Ireland (IFI) and its predecessors for 39 years. He took early retirement and joined INVAS Biosecurity in 2015.

Dr Caffrey is currently a Senior Research Associate with IFI and holds the position of Senior Lecturer (Hon.) with the School of Biological Sciences, Queen’s University Belfast. During his time with IFI Dr Caffrey worked as a Senior Scientist and was project leader for many major national and international research programmes. Dr Caffrey’s primary research focus in the last 15 years has centred on the ecology, control and management of invasive species. These included plants, invertebrates and fishes. He has also developed a range of practical, easy to use and highly effective biosecurity tools for cleaning/disinfecting any equipment that could transport invasive species or harmful pathogens.

Dr Caffrey has developed an array of new and innovative aquatic weed control methods, some of which are currently receiving worldwide attention. 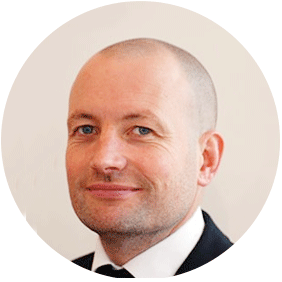 Bryan has over 20 years of practical fieldwork in both terrestrial and aquatic environmental projects, project management and GIS experience.

He has a broad range of skills in the environmental and biodiversity areas. These include Environmental Impact Assessment, Appropriate Assessment, aquatic & terrestrial surveying and habitat mapping, heritage and biodiversity studies as well as benthic survey, commercial and scientific diving, electrofishing and bathymetry and project management of large scale projects. 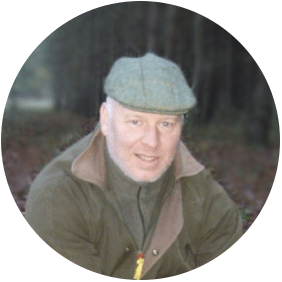 Prof. Jaimie Dick holds the Chair of Invasion Ecology at Queen’s University Belfast, is a Director of Research in the School of Biological Sciences, and is incoming Director of the Queen’s University Marine Laboratory (from 1st Sept 2015). Jaimie has also been Director of QUERCUS, the NIEA/QUB Centre for Biodiversity and Conservation Biology, and Senior Investigator on the Invasive Species Ireland Project (Phases 1 and 2).

Jaimie has a strong academic record in invasive species research and management and has practical experience in dealing with invasive species, such as grey squirrel and muntjac deer culling operations.

Jaimie has extensive collaborations and networks in Ireland, UK and globally, with a team of PhD students and other researchers in the broad areas of aquatic and terrestrial invasion biology, spanning taxonomic groups including plants, invetebrates, fish, mammals and others.

Willie has a PhD from University College Dublin in aquatic weed control. He explored the potential for a biological control program targeting Lagarosiphon major, one of our worst aquatic invaders in Ireland and around the world. This involved studying the plant in detail in its native range of Southern Africa and resulted in the discovery of two insect species new to science. Throughout his study he was responsible for operations and management of the quarantine facility in the Biocontrol Research Unit at UCD.

As the Research Project Coordinator for the Applied Environmental Science Master’s program at UCD he was responsible for directing operations on a wide range of research projects and has experience in the field working on several invasive vertebrates, invertebrates and plant species. Willie has worked overseas with the conservation group Operation Wallacea in Indonesia, carrying out field surveys and lecturing students in biogeography, local biodiversity and forest conservation programs. He has also played international rugby with the Irish club’s team and captained Lansdowne F.C. in recent years.

I have witnessed the damage that invasive species cause to the ecosystem and am convinced that if we can tackle this problem at an early stage, we will prevent untold damage to the environment, as well as saving the taxpayer tens of millions of euro in future years.

Contact us and one of our customer service reps will respond to you as soon as possible.